People are capable of doing such incredible things (including you!) and it’s often when we take the time to hear stories of awe-inspiring feats achieved by others, that we enhance our own goal settings and push for our own greatness. Sure, we can look to the elite athletes for epic motivation when it comes to achieving insane feats of the human body and mind, but other times it’s super beneficial to have something more relatable to spark the fires in our own bellies.

So, get ready to be inspired by five amazing accomplishments we have seen in the running world, from every day runners and athletes just like yourselves.

These amazing records sure keep things interesting and remind us that running can really challenge you to step it up a notch and not just pound the pavement..

Rainer Predl, an Austrian ultra-runner took on the challenge of breaking the record of the highest mileage achieved on a treadmill in 7 days.  He set a new World Record, clocking up a massive 853.46km.  This challenge has him running 168 hours during those 7 days and managing to survive on just 15 hours sleep!  He also holds the world record for 100km on a treadmill…safe to say he is impressing upon us how to remain focused and absolutely committed! 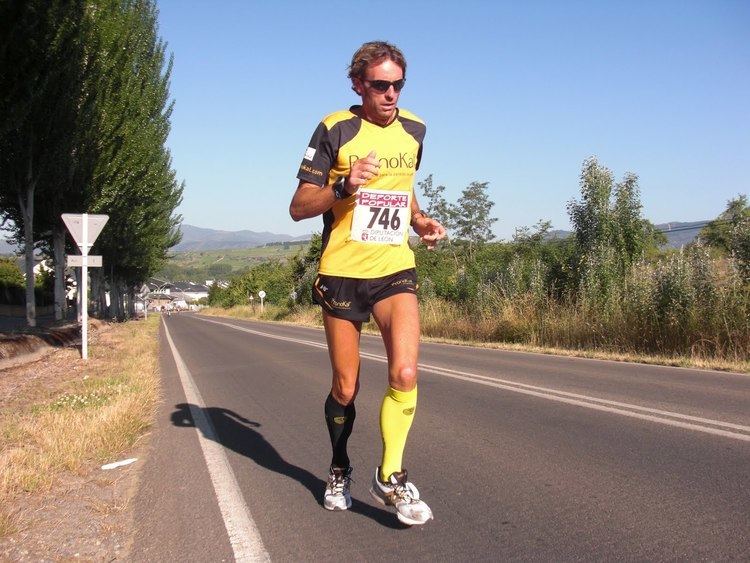 MOST CONSECUTIVE MARATHONS EVER

In 2010-2012, Ricardo Abad Martinez (pictured above) from Spain ran an astounding 607 marathons in as many days between October 2010 and May 2012. He continued to work eight hour shifts at a factory throughout his endeavour, and perhaps most unbelievably, he set a PB during his consecutive runs, a blistering 2hrs 46minutes. Mind Blown.

There’s 850 miles between these two destinations, a distance that is equal to over 32 marathons!  In 2001 Andi Rivett completed the run in only 9 days and two hours, to take the world record for the fastest run between the two ends of the United Kingdom.  He was running on average for 18 hours a day, a distance of around 4 marathons per day!!!

Was set by a woman in New Zealand, named Kim Allan.  In 2013 she ran 332 times around the same park in Auckland, covering 310 miles without stopping to eat or sleep.  She simply ran and ran for 86 hours and 11 minutes!

Trish Eksteen (pictured below), is a South African record-breaking runner and obstacle course racing athlete.  On October 6, 2020 she completed a mission she set herself to run 100 half marathons in 100 days and became the world record holder.  Not only did she complete the feat, but every. single 21.2km that she ran was under 2 hours, with an average time of around 1hr 47mins.

What makes this record so inspiring is that this challenge was born out of concern for others. During the height of the COVID-19 pandemic, Trish was acutely aware of the lack of motivation fellow athletes were struggling with.  People were closing businesses and losing jobs, and there was so much negativity surrounding so many and knowing how fear and anxiety affects people’s ability for real hope, Trish felt she couldn’t just sit and do nothing about it.  She shared that she felt the need to share some hope and to inspire other athletes and those around her and within her community.  She was even quite surprised at the attention she received for her #100halfs and simply said it came to her in a dream that she should show up to be a fearless motivator.

Consider us motivated Trish, and what an incredible cause to raise awareness for so many